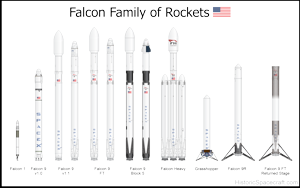 Falcon 9 with Crew Dragon has now been added to the Falcon rockets graphic. 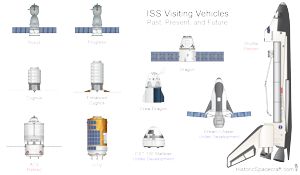 The Interactive ISS Visiting Vehicle Illustration Tool has also been updated with the improved artwork.

Images of the Titan IVB rocket on display at the National Museum of the US Air Force have been added to the Titan Rockets page. (Photos: Richard Kruse, 2018)

Images of the Agena-D stage, on display at the National Museum of the US Air Force have been added to the Upper Stages page. (Photos: Richard Kruse, 2018) 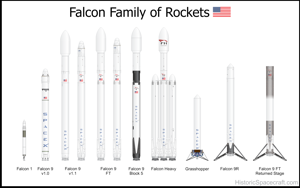 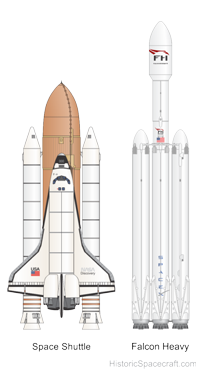 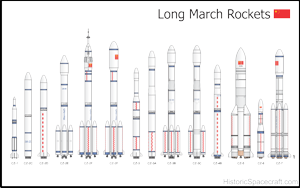 The Chinese rockets graphic has been updated to include the Long March 5 (CZ-5) rocket. The CZ-5 flew a successful inaugural mission in late 2016. The second CZ-5 mission, launched in 2017, was a failure. 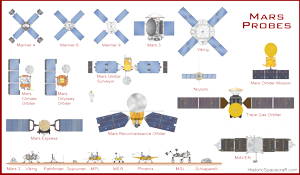 I have updated the "Mars Probes" graphic to include several recent missions, including the Indian Mars Orbiter Mission, the European Trace Gas Orbiter, and the Schiaparelli lander missions.

Designed, built, and operated by Blue Origin, the New Shepard is a space vehicle designed to transport both passengers and scientific payloads into space. The vehicle is comprised of a rocket and a capsule, with both components being reusable.

The capsule and rocket separate after engine cut-off and land separately. The rocket, free falling most of the way, re-lights its engine to reduce velocity as it approaches the ground and makes a vertical landing on deployable landing gear.

The capsule separates from the rocket at high altitude and descends under parachutes. An instant before landing, retro-rockets fire to further reduce the capsules touchdown speed.

The first New Shepard passenger flights could occur in 2018.

More information can be found at Blue Origin's website.

Since starting HistoricSpacecraft.com, I have fulfilled a great many art use requests for space related magazines, websites, and other publications. One illustration in particular, a diagram showing six spacecraft docked to the ISS in 2011, has received a lot of interest. The artwork appeared in several magazines, scientific papers, and museum displays (Including an exhibit at the National Air and Space Museum). I have also learned that versions of the artwork are being used in documents at NASA.

I decided to create a simple web app that allows users to easily create similar diagrams reflecting different arrangements of spacecraft at the space station. A link to the app is now included in the left-side navigation menu as "ISS Vehicles" under "Interactive Features".

The following sample illustrations were created using the app. 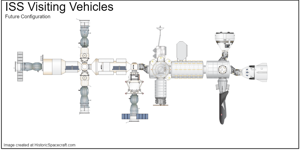 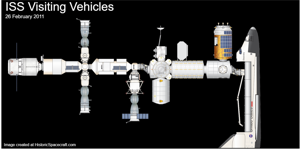 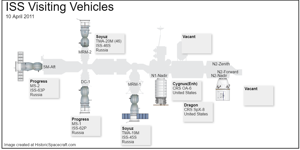 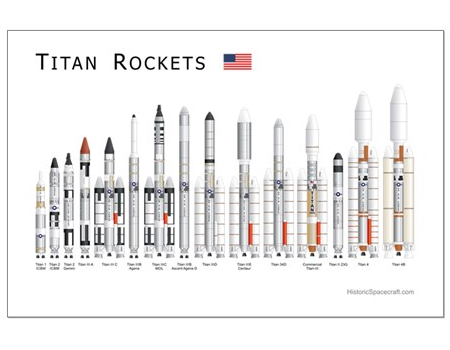 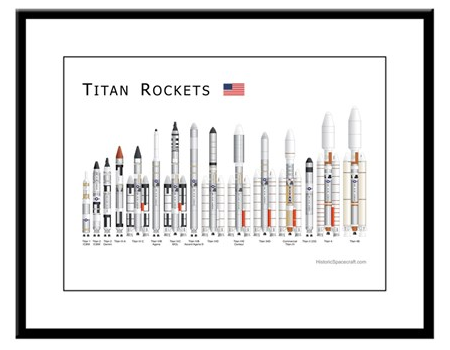 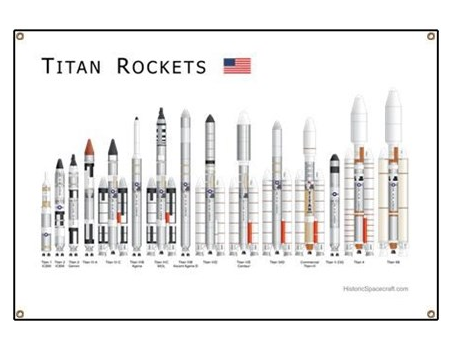 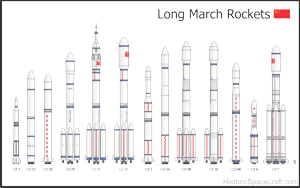 China is in the process of modernizing much of its space-launcher capabilities. The new rockets being designed and introduced are more environmentally friendly than previous versions. While existing Chinese launchers generally used toxic hypergolic propellents, the new designs use kerosene or hydrogen as fuel for the first and second stages.

Three new families of rockets are currently being introduced. The CZ-6 small payload launcher first flew in 2015, the CZ-7 medium lift rocket flew in June of this year, and the CZ-5 heavy lift rocket is scheduled to fly later this year.

The Chinese Long March rockets graphic has been updated to include Long March 6 and 7. I have also added entries for the new rockets on the Chinese rockets page.

I've updated many of the Falcon rocket graphics on the SpaceX rockets page. 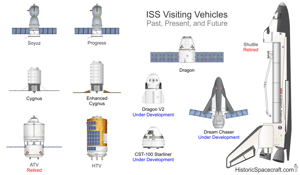 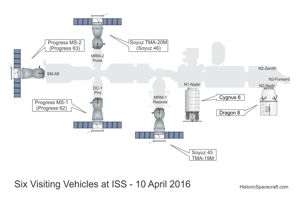 Visiting Vehicles at the ISS on 10 April 2016.
(View Larger Version)

I have added two new graphics. One showing the current configuration of visiting vehicles at the International Space Station, and another that shows ISS crew and cargo vehicles.

Books and Videos About Space Exploration

Cosmos:
A Vision of the Human Future in Space
by Carl Sagan.

The Mighty Saturns
Saturn I and IB
Spacecraft Films.