A CZ-2F rocket launched the first Chinese astronaut, Yang Liwei, into space in October 2003. With this mission, the Chinese became the third country to launch a human into orbit.

China is in the process of modernizing its space-launcher fleet. New rockets being designed and introduced are more environmentally friendly than previous versions. While previous Chinese launchers often used toxic hypergolic propellents, the new designs use kerosene or hydrogen as fuel for the first and second stage engines.

Three new families of rockets are currently being introduced. The CZ-6 small payload launcher first flew in 2015, the CZ-7 medium lift rocket and the CZ-5 heavy lift rocket both maid maiden flights in 2016.

A CZ-1 rocket launched the first Chinese orbital satellite in 1970.

CZ-2 rockets are a series of hypergolic fueled satellite launchers. The rockets are typically two-stage, with some versions having four strap-on boosters. The CZ-2F version was the first Chinese rocket to launch humans into space.

CZ-2 rockets are sometimes referred to as Chang Zheng 2, Long March 2, or LM-2.

The CZ-2C is a satellite launcher first flown in 1975. The first and second stages both use N2O4 and UDMH as propellants.

The rocket remains in service and several future missions are planned.

The CZ-2D is a two-stage satellite launcher first flown in 1996. Both stages use N2O4 and UDMH as propellants.

The CZ-2E launcher is a two-stage rocket with four strap-on boosters. Both stages, as well as the boosters, use N2O4 and UDMH as propellants.

The first test flight of the CZ-2E occurred in 1990. The rocket flew seven missions, two of which failed. The rocket last flew in 1995 and is no longer in service. 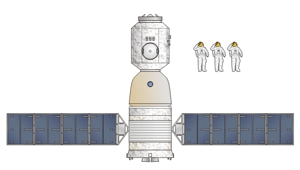 Developed from the CZ-2E launcher, the CZ-2F is used to support the Chinese human spaceflight effort. The primary payload has been the Shenzhou spacecraft.

The CZ-2F launcher is a two-stage rocket with four strap-on boosters. Both stages use N2O4 and UDMH as propellants. All CZ-2F flights are launched from Jiuquan launch center in Gansu province.

Developed from the CZ-2E launcher, the CZ-2F/G is used to support the Chinese human spaceflight effort. The CZ-2F/G rocket first flew on 29 September 2011. The launch was successful and delivered the Tiangong 1 space station module to orbit.

The CZ-2F/G launcher is a two-stage rocket with four strap-on boosters. Both stages use N2O4 and UDMH as propellants. CZ-2F rockets are launched from Jiuquan launch center in Gansu province. 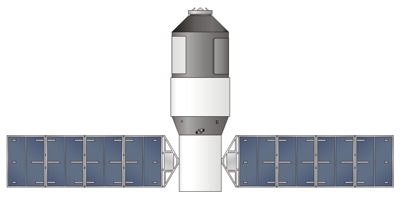 CZ-3 rockets are a series of three-stage geosynchronous satellite launchers. Larger versions of the series can use two or four strap-on boosters. The first two stages, as well as the strap-on boosters when present, are fueled with hypergolic propellants. Third stages are cryogenically fueled.

CZ-3 rockets are sometimes referred to as Chang Zheng 3, Long March 3, or LM-3.

The CZ-3A rocket first flew in 1994. The rocket is still in service.

An improved version, known as the CZ-3B/E first flew in 2007. Both the CZ-3B and CZ-3B/E models are still in service.

The rocket is still in service.

CZ-4 rockets are a series of three-stage satellite launchers. The first CZ-4 flew in 1988.

CZ-4 rockets are sometimes referred to as Chang Zheng 4, Long March 4, or LM-4.

CZ-5 rockets are sometimes referred to as Chang Zheng 5, Long March 5, or LM-5.

The restartable second stage burns LH and LOX. An optional third stage is available for some missions.

The maiden flight of a CZ-5 rocket was successfully flown in November 2016.

The second CZ-5, launched in 2017, failed to place its payload into the correct orbit.

It is planned the CZ-5 will be used to support the Chinese space station program and lunar program.

The CZ-6 rocket, sometimes referred to as Chang Zheng 6, Long March 6, or LM-6, is designed to launch small payloads into space. The launcher first flew in 2015.

Both hypergolic and hydrogen/oxygen upper stages are available as needed.

The CZ-7 is expected to replace the CZ-2F/G rockets supporting human spaceflight.

Books and Videos About Space Exploration

Cosmos:
A Vision of the Human Future in Space
by Carl Sagan.

The Mighty Saturns
Saturn I and IB
Spacecraft Films.